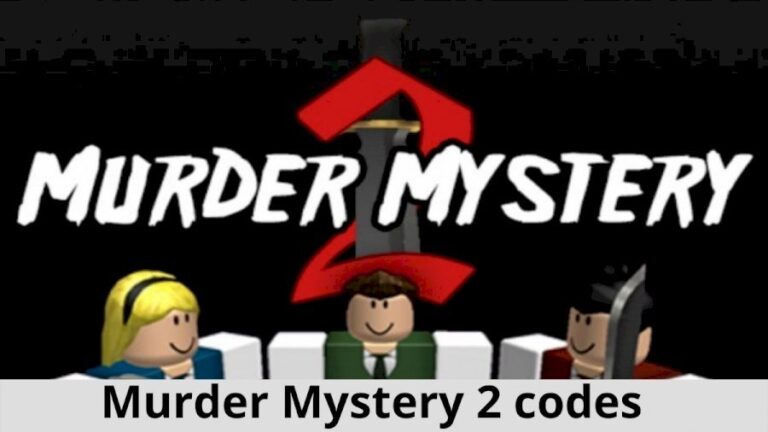 Being a part of Roblox’s large design community is a dream come true. Robux allows you to get a variety of products for free or at a discounted price. After a few games, the number of possible outcomes appears to increase.

You may certainly find practically any game you want to play on the Roblox network. There are almost too many Roblox games to mention, especially given how regularly new ones are released.

Murder Mystery Game, in which you must, as the title implies, solve a still-mysterious murder, sounds like a simple chore, right? NO. The game is based on the paranormal, and it is far more difficult than one may think. Today we will talk about How to Craft in Murder Mystery 2. So, without any further ado, let’s get started.

How to Craft in Murder Mystery 2

In Murder Mystery 2, one of the basic aspects is crafting. Crafting allows the player to make goods without having to open a container, whereas salvage allows the player to get shards, metal, and other random objects by dismantling weapons. Skins that are designated as classic can only be salvaged.

The weapon will be removed from your inventory as a result of this action. After completing the Random Painted Seer recipe, the player has a tiny chance of receiving a Chroma Seer.

This is the comprehensive Crafting guide for this game. The accessible crafting options are on the left of the table, while the required crafting components are on the right.

Some goods may have been made earlier but have since been deleted.

Seer, Hallow’s Edge, Fang, and Frostsaber are the weapons displayed in the Crafting icon. Previously, various resources might be given to players after each game. This function has been deactivated.

Following are the removed items that cannot be crafted anymore:

Salvaging is a function that allows the player to destroy a weapon in exchange for crafting materials like as shards, metals, and other things.

Some weapons, such as Code knives, Ancient Weapons, event knives, Vintage Weapons, Xbox-exclusive weapons, and Season 1 weapons, are not salvageable.

Nikilis implemented recycling as a new function in 2015. It was later taken down for unclear reasons.

Recycling enabled players to combine four weapons of the same value to make a new one; there was a slight possibility that the output would be a heavenly weapon during this procedure.

How to get Shards in MM2?

In Murder Mystery 2, there are currently two ways to obtain shards. The first step towards obtaining Shards is to play a large number of rounds. You’ll acquire Shards at random after each round, thus playing more games will eventually result in more Crafting Shards.

Previously, after MM2 rounds, you would receive Crafting Metals as well. This is no longer the case. After each round, only Shards are awarded. Salvaging Knives is the next way to earn Shards. When you Salvage a Knife, you will receive a pair of Shards of the same rarity as the knife you salvaged. You’ll earn a handful of Legendary Shards if you Salvage a Legendary Knife, for example.

That’s all for today’s article on How to Craft in Murder Mystery 2. Do check out all the sections and know what you should know about crafting in MM2. Till then, stay safe and follow us for more upcoming gaming coverage