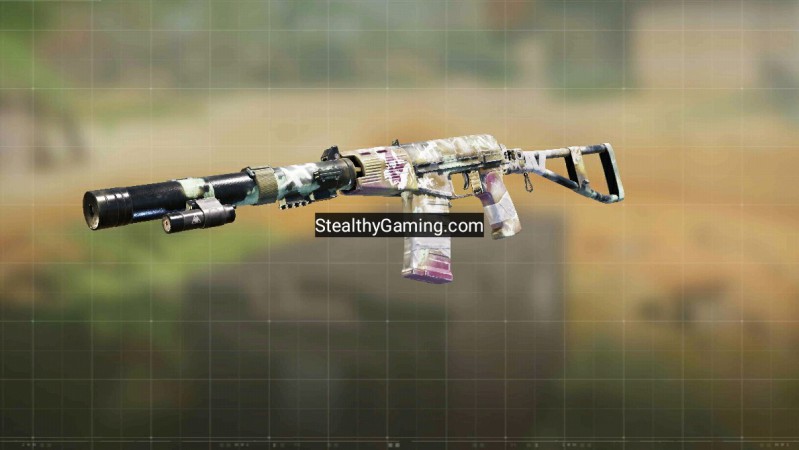 Call to Duty Mobile has become one of the most downloaded apps and played shooting games on a mobile phone amounting to its console-like graphics, remorseless and creative gameplay dynamics, enormous character customization, and the vast array of maps and modes.

Season 2 of Call of Duty Mobile has helped to retain the streak going. The Battle Pass and seasonal events have provided a lot of goodies this season. Well, COD Mobile introduces new weapons every season.

One of the newly introduced weapons in Season 2 is the AS VAL Assault Rifle today we will be talking about it in detail. Also, our team has been actively researching, creating ‘purpose-oriented Gunsmith loadouts for a weapon. Earlier in this series, we have mentioned the loadouts like “No Recoil’ KN-44, ‘Fast ADS’ DR-H, ‘Fast ADS’ HG-40, and a lot more. Make sure to check all loadouts here.

iFerg is a highly talented player of Call of Duty Mobile. iFerg has been playing FPS since the days of the past. Thus, he has obviously learned how to gain additional wild and crazy skills and abilities and swift and decisive reflexes in the long term.

Most Call of Duty players foresee his armed loadouts. To conclude, he streams through his own loadouts to show how skilled his weapons are. His AS VAL loadout is one such loadout. Ferg figured out how to upgrade the presentation of an Assault Rifle which was already an excellent weapon.

Nevertheless, we stress that players assess all their loadouts and eventually settle for the one that better serves their gaming style Having said that, how about we view Ferg’s AS VAL Gunsmith Build.

The AS VAL is an integrally suppressed assault rifle that’s been incorporated into Call of Duty: Modern Warfare during Season Six. The AS-VAL is built on a highly customizable framework for stealth, accuracy, and high penetration in combination with the high firing rates of the weapon.

The versatile construction of the AS VAL makes it suitable for both close and long-distance fighting. There are also some ammunition options available. So, users could choose from those options and could even turn the firearm into a one-shot headshot machine.

However, Ferg has mainly focused on increasing the overall mobility of the weapon in this particular AS VAL Loadout. The attachments mentioned above make the gun a swift beast of a weapon whilst playing ranked matches. Be sure to try it out and gather yourself a couple of MVPs.