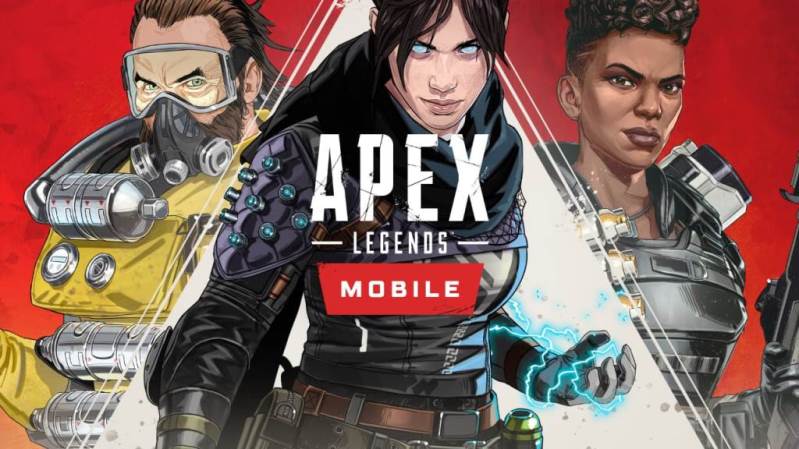 Apex Legends Mobile, quite surprisingly, has become one of the top-most downloaded and sought-after FPS games in the Battle Royale genre ever since its release. The game had already proven itself to be a competent Battle Royale game over other platforms like the PC and Consoles.

Because of that Apex Legends Mobile had been a much-anticipated game amongst the entire gaming fraternity. The game also did not disappoint. It brought along with it a fresh definition to the Battle Royale titles by providing the players a new Universe, with fresh and futuristic weapons and characters.

Combine all the elements and you get a pretty wholesome BR game on the smartphone platform. That is why Apex Legends Mobile soar to popularity in such little time. Keeping that aside, we still have a lot of attachments and items in Apex Legends Mobile which need to be explained. In this article, we will continue in doing so.

Now, as we have previously discussed, a Legend is pretty vulnerable in the midst of battle if he or she hasn’t donned a Shield/Body Armour. It is because, in Apex Legends Mobile, the characters aren’t the only thing that is cool.

The futuristic and hi-tech weapons are capable of inflicting quite a lot of damage. In fact, they can easily inflict 100 HP worth of damage in mere seconds. Since all Legends drop onto the map with only 100 HP total health, it would be a wise thing to equip your character with decent Body Armour upon landing.

That being said, equipping just about any shield you find lying across the map isn’t the solution. With the passage of time, players need to find better shields to help provide them with more protection from enemy fire. Also, they need to keep recharging their shield from time to time and after taking damage to keep it ready to absorb the next hit.

So, from the above, it is quite clear that Shields/Body Armor is an integral part of Apex Legends Mobile. So, let’s talk about the types of Shields available in more detail.

There are basically 2 different types of Body Shields in Apex Legends Mobile. One is the Normal Shield while the other one is the Evo Shield.

In case you were wondering about the Blue, Purple, and golden shields, they are just rarities of various shields. This precisely means that better the rarity of a certain type of shield (Ether normal or Evo) better is the shield at giving protection against enemy fire.

Unlike the Normal Shield, the Evo Shield is an Armor that encourages combat and makes fights much more interesting.

Unlike the legendary gold armor, which would be fixed, the Evo Shield tiers up as you play through a game. Every tier is obtained by exceeding a damage limit based on how much destruction the gamer has inflicted. You begin with a Level 0 armor that only requires 50 damage to develop. This doesn’t include injury to knocked down opponents, and you’ll need to use shield cells or batteries to charge up your shield levels as you level up the shield, as the new tiers come in depleted and not fully replenished.

The ultimate tier, the 125 Shield, is red and is label the ‘fully evolved’ shield. It is presently the most powerful shield in the videogame. Having this shield offers you an advantage over your opponents, especially near the conclusion of the match.

Beginning with merely a Level 0 or Level 1 shield might be difficult, however by Level 2, you’ll have more strength. This difference in armor may be startling, but even if you’re not a top-tier player, there really are various methods you may prepare to get through the dangerous phase of donning your Evo Shield.

Apex Legends Mobile also lets players pick up Pre-evolved Shields. Pre-evolved shields are those shields that don’t start from Level 1 or 0. They have been tiered up from before.

However, players can only find up to Level 3 Evo Shields as loot, spread across the map. Level 4 Shield can only be reached by evolving it. But if an opponent has a Level 4 Evo Shield and you manage to beat him, you can take his Tiered up Red Evo Shield from his Death Box.

Now, the Normal Shields on the other hand don’t possess the ability to tier up to higher shields. If you equip yourself with a Rare/Blue Normal Shield it is going to remain blue till the end of the match, no matter how much damage you inflict.

From what we have mentioned above, most of the players out there might be thinking that the Evo armor is better in all aspects. However, that is not the case, the Evo Shields are useful only when they are used properly and are coupled with the right Legends.

Most Efficient Legends for Evo Shield Caustic is an excellent pick, primarily because he is quite a Fortified legend and because his traps may damage his opponents. If you find yourself in close quarters with another player at the outset of a game, poisoning them can rapidly boost to your damage count and get you an effortless strike on a target. This allows you to easily level up your Level 0 shield. Lifeline is a terrific legend to couple with the Evo Shield since if you do get hit early on, Lifeline can self-heal with her drone. While your Evo Shield is small, you will be using fewer shield cells, offering you more leeway to get back into the fight and level it up or find a better shield if things go wrong. You could also assist your squad in this manner.

Gibraltar is the ideal legend to pair with a new Evo Shield user. He seems to have the Fortifications perk, signifying he ends up taking 15% less harm, and that he has his own additional shields: both his dome armor and his firearm shield, and any injury brought on by his ultimate ability bombardment, also will rank up the Evo Shield.

Now you guys know all there is to know about the Normal and Evo shields in Apex Legends Mobile. Go ahead and march onto the Battlefield, and gather yourselves a couple of victories.