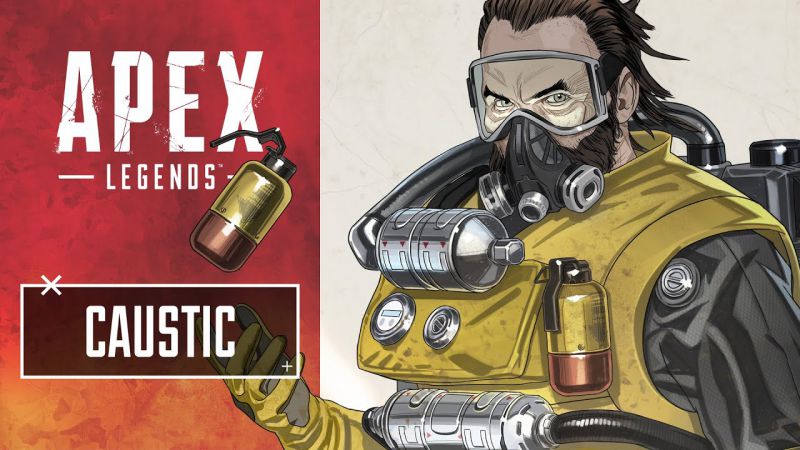 Apex Legends has become one of the most popular FPS Battle Royale games out there across various platforms ever since its launch. The relentless, intense, and graphic-demanding game brought an entirely unique Battle Royale setting that has appealed to the Battle Royale fraternity.

What makes this game particularly special is the availability of various Legends from which the players can choose from. These Legends have their very own backstories which can inspire the various players to choose their favorite characters.

In this article, we will be talking about one particular toxic legend which is perhaps the favorite of quite a lot of people throughout the Apex Legends fraternity.

Also Read: How to use Octane in Apex Legends Mobile (Octane Guide)

How to Use Caustic in Apex Legends Mobile (Caustic Guide)

Caustic might be the right legend for you if you prefer a slightly slower playing style focusing on managing the areas and battling enemies on your conditions. The Toxic Trapper features one of Apex Legend’s most exclusive kits and can pose a threat to opponents.

Caustic’s passive bestows him to view over opponents stranded in the fog of poisonous gas. This skill works the best in close quarters, like tiny spaces in which opponents can’t easily escape the scope of Caustic’s skills.

Only Caustic would be able to see the layout of opponents, so just be confident to notify team members regarding their spot in the poisonous gas. Seeing as opponents can’t see beyond the gas, Caustic players could use it as a shield to revive team members or rapidly recover.

The Toxic Trapper comes preinstalled with a gas mask, so he can’t be tainted from his own skills. As such, Caustic players can’t be damaged by other users’ Nox Gas and conversely.

Caustic’s tactical skill places canisters that discharge poisonous gas in small proximity once fired or prompted by near the area opponents.

Traps are best used either in the early or late game. Players can leave canisters in locations packed densely with loot-hungry adversaries or take full advantage of mid-game rings by trying to pack a compound full of snares to capture adversaries off guard.

Canisters take about one second to become activatable, but once placed, they could be picked up and transferred. Caustic stores three cans at once, and upon using all 3 cans, gamers should wait 28 seconds before being able to position one more.

For his ultimate ability, Caustic tosses a grenade that emits a fog of Nox Gas which has an even wider spread than that of his Nox Gas Traps. The grenade can be hurled away from Caustic, unlike its traps.

Caustic players ought to properly manage and set up their efforts to reap the benefits of his skills, but they could be used in the heat of a moment as an efficient getaway instrument.