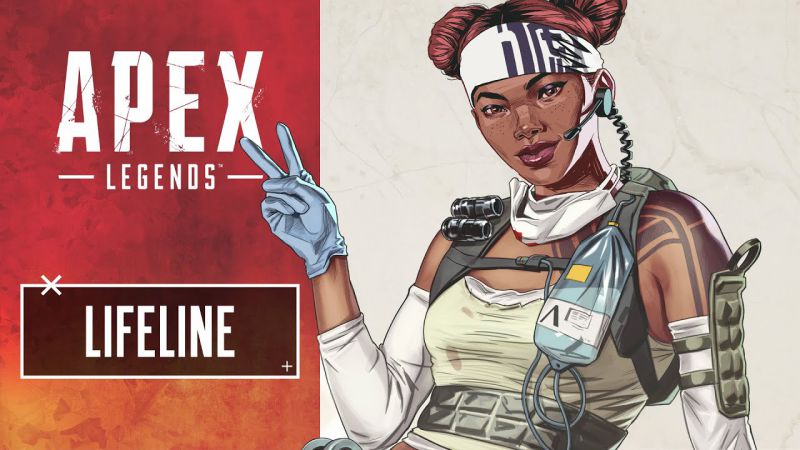 EA recently announced that Apex Legends Mobile will be launching their confined beta soon, and the Devs seem to have delivered on their promise on Wednesday, as scheduled. The game looks fascinating, and it is under development as the designers and a couple of players who are allowed access review the first experiences of the game.

There’s an Apex Legends character for each and every style of play. With so many characters in the play, players could find it quite tedious and overwhelming at first to get a grasp of their abilities, maneuvering traits, and so forth. In this article, we will be talking about one of the Legends in detail. So, let’s jump right into it.

How to use Lifeline in Apex Legends Mobile

Lifeline is a medic, so as you’d anticipate, all three of her skills coalesce around assisting her fellow players. When you’re playing as Apex Legends Lifeline then you can significantly contribute to your team, by offering a supportive role to keep them in the war. Due to her assistance focus, she’s not the simplest character to master, so we’ve got more than enough ideas to assist you out here in Apex Legends Mobile.

Lifeline’s Combat Revive facilitates her to Deploy D.O.C to resurrect fellow players. Unlike the game’s conventional revives, the medical drone will implement a shield in the way Lifeline is facing. Not only will this enable her to continue fighting her fallen teammate’s adversary, but it could also help keep any teammates succumbing to a bullet-ridden demise.

Combat Medic basically means she revives teammates faster than usual, and she’s protected by a large shield wall when reviving. You only need to press the interact button over a knocked teammate as Lifeline to revive them, so you can do it pretty rapidly, even whilst running or sliding

Whenever triggered, Lifeline would then send out her drone that will hover in the atmosphere and recover all players inside of 3 meters. The drone should last for 20 seconds and will cure 7.5 health per second.

Try to save the Heal Drone when you need to recover quickly any knocked down teammates’ health or when you’re hoping to prevent lengthy Med Kit visuals. A well-positioned Heal Drone is able to rescue your team and give them the help they need to keep on battling.

Lifeline’s Care Package is her trademark skill, and it is conceivably game-changing in a very similar fashion to Loba’s Ultimate. Use the said skill to deploy a Care Package close to your position. The Care Package requires 15 seconds to land, upon which it could be opened and the three high-quality sections of loot in it can be obtained. These Care Packages give you some level 3 Armor and weapon attachments.

Lifeline has the potential to be a really powerful meta pick in Apex Legends Mobile. Most players are not able to use her abilities to their fullest, and play either too aggressively or passively.

With this guide, you will be able to master the art of How to use Lifeline and win the matches in Apex Legends Mobile as soon as they commence.