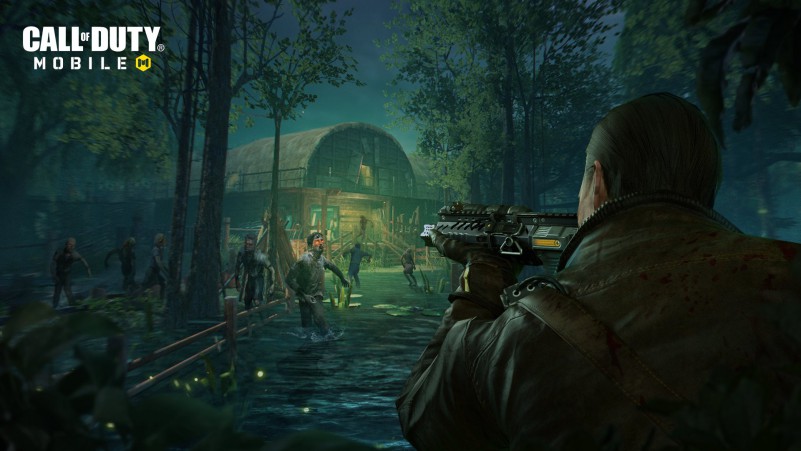 Call to Duty Mobile has grown into one of the best-known and most popular games on the Playstore over the span of a year. The immersive graphics, fast-paced games have drawn gamers from all over the globe.

Nevertheless, the latest additions, weapons, maps and modes, advantages, and so much more, in the new season, are still perfectly robust with COD Mobile updates. It’s just a fun and exciting game.

That brings us to the Million Dollar Question – What happened to COD Mobile Zombies? Is Zombie Mode coming back to COD Mobile?

The Call of Duty franchise has always been well known for the Zombies mode. Call of Duty Mobile is nothing different than that.

Zombie Mode was a multiplayer game that was immensely popular among COD Mobile players. It managed to garner the interest of the majority of the players.

The mode was based on survival instincts, in which a squad had to sustain against several waves of AI-controlled zombies. The rewards increased as per the period that a squad survived against the wrath of zombies.

This mode has been adapted to the main Call of Duty games series. But in March 2020 it was permanently withdrawn from the game. The Zombies mode in Call of Duty: Mobile was removed on March 25 due to it not meeting the quality standards of the game’s developer.

They had originally intended to add this much-awaited mode back to the game. However, new events have turned the decision in a different direction. Developers realized that bringing back the zombie mode seemed to be adding no value to the game in the future. Rather, the developers have opted to make further attempts to improve the multiplayer and Battle Royale experience.

According to Activision’s comment, the consistency of the gaming experience the players had before in the zombie mode proved excellent and beneficial for the players.

However, bringing the gaming experience of the same quality in Multiplayer or Battle Royale would require much less effort from the developers’ side.

Well, addressing the question at hand. Is COD Mobile Zombies mode coming back in 2021? Activision has said that they are currently working on the objective of bringing the gaming quality of Zombies mode to the other two modes in the game. So, we can expect some high-quality improvements in these modes in the upcoming seasons. Also, there is a slight chance that the zombies might be an in-match part of either of these modes like in the previous seasons.

Players all across the globe were surprised when zombies were brought back to COD Mobile as a part of its Halloween event. As of November 5, 2020, nevertheless, the zombies are yet again disappeared from the popular mobile shooter. But COD Mobile’s general manager Matt Lewis suggested that zombies are coming back to the game sometime in the near future.

Ever since that, the fans have taken to all the available social media platforms to prove how much of a fan-favorite the Zombies mode is, across various COD titles. COD Mobile is no exception.

A substantial number of players want the undead to return to the game. The COD Mobile Development team will focus on whether it comes with a direct zombie mode or a link to the Battle Royale mode.

All are at a stage of speculation, but it is obvious from Matt Lewis’s quotation that Zombies will not be eliminated forever from COD Mobile. However, since COD Mobile has a knack for adopting features from mainstream COD titles, we believe that Zombies might get introduced to the game since Black Ops Cold War and Warzone got exclusive zombie modes.

As of now, we have no confirmation on the inclusion of Zombies Mode in COD Mobile.  Activision has neither confirmed nor denied the potential release of a remastered Zombies mode in COD Mobile. So, we should all keep our hopes high.

Until then we can only hope the Devs listen to our wishes and do the needful. Zombies mode, without a doubt, is one of the best game modes COD Mobile has ever witnessed. It would be sheer foolishness to not include it in the game shortly.

Call of Duty Mobile season 2 is scheduled to going live in a couple of weeks. As always, we have got a lot of insight into the new content coming in the season 2 update via the test server builds. But, still, there is no trace of the return of COD Mobile Zombies mode.

Generally, beta testers get an insight into the upcoming new modes in the game, sometimes, the developers include a lot of content that is scheduled to release gradually in coming seasons, but again, beta testers, data miners do not get any signs of the return of the popular mode in the COD franchise.

Taking account of the statement made by Treyarch, the creators of COD Black Ops: Cold War, that mentioned that the Zombie Mode is seen as an important part of the franchise, we can say that COD Mobile Zombie mode will definitely release in 2021.

We are here again to give a little follow-up on the re-release of the most awaited and exciting game mode in COD Mobile. Finally, the developers of the popular FPS mobile game talked about the Zombie mode.

Our original ZOMBIES map, Shi No Numa, will soon be available in the Chinese version of Call of Duty: Mobile. For the rest of the world we haven’t forgotten about you! Hang tight a bit longer Call of Duty: Mobile players — we are planning to release a new ZOMBIES experience later in the year.