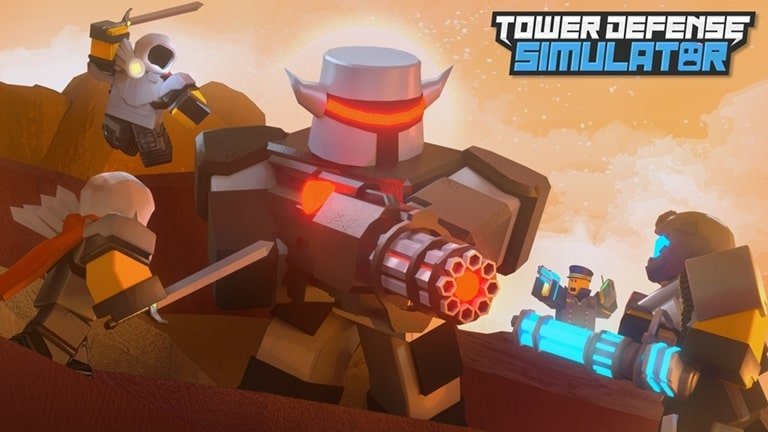 Roblox is a fun game that can be played on PCs as well as mobile platforms including iOS, Android, PlayStation 4, and Mac OS X. You may play a number of games on this website. Everything you’re looking for in terms of entertainment and thrills may be found right here.

Being a part of Roblox’s massive design community is a dream come true. Robux enables you to get a wide range of items for free or at a cheap cost. After a few games, the number of possible outcomes appears to grow.

Whatever game you choose to play, it’s almost certainly accessible on the Roblox network. There are almost too many Roblox games to mention, especially considering how often new ones are released.

How to get Sledger in Tower defense simulator

The Sledger is a ground tower that does melee damage. As part of the Frost Invasion Event, it is unlocked by defeating Outpost 32. The Sledger is also available for 500 Robux as part of a limited-time gamepass.

The Frost Invasion Event is Tower Defense Simulator’s eighth expansion (alongside the Metaverse Champions Event). The Sledger, a new event tower, was introduced with this event. This event had a battle pass and reaching higher stages needed Shard Shards. You may earn Shards outside of the event, unlike the Halloween 2020 Event.

This event began on May 8, 2021, and is still going on. A second installment of the event will be released in the future. This, however, may not be the case.

The Frost Invasion Event’s event map is Outpost 32. It contains a specific wave structure with unique opponents, similar to previous event maps. After winning, you’ll receive the Sledger, 100 Coins, 70 EXP, and 200 Shards, which you may spend in the Frost Invasion Battle pass.

What are the features of the Sledger tower?

The Sledger strikes by slamming its hammer at its foes. It has a small range and a sluggish swing rate but does a lot of damage. It can hit several opponents at Level 2+. However, one strike can only harm up to two opponents (up to 4 enemies at Level 5).

It can freeze opponents it strikes for 2 seconds at Level 3+. Some opponents, on the other hand, have freeze immunity, which means they can’t be frozen.

Additionally, larger opponents are frozen for a shorter period of time than average-sized adversaries. It delivers double damage to frozen opponents at Level 4+, whether they are frozen by the Sledger or any other tower that causes freezing (like the Freezer).

The Sledger does not get hidden detection at any level, however, if there is a detectable opponent nearby and the Sledger is Level 2+, it can indirectly attack hidden foes. Per player, the Sledger has a placement restriction of six.

Because of its low cost and good DPS, the Sledger is seen as a viable mid-game tower. Its DPS is eclipsed by several other towers in subsequent waves. It compensates for this, though, by being able to freeze foes at Level 3+ and inflicting double damage to frozen enemies at Level 4+.

When used in conjunction with other Sledgers and Commanders, it has a lot of success.

The Sledger has difficulties dealing with quick opponents like the Glitch and Bug due to its narrow range and sluggish swing rate. The DJ Booth can assist increase the Sledger’s range, although it isn’t a huge boost in comparison to most other towers.

Due to the Sledger’s hitbox, the enhanced range will be able to hit adversaries that are further away than the Gladiator. Commander can be used to reduce its swing rate. At any level, the Sledger does not get concealed detection, which means it cannot identify hidden opponents such as the Shadow.

That’s all for today’s article on How to get Sledger in Tower defense simulator. Do check out all the sections and know you should know how to get this tower. Till then, stay safe and follow us for more upcoming gaming coverage