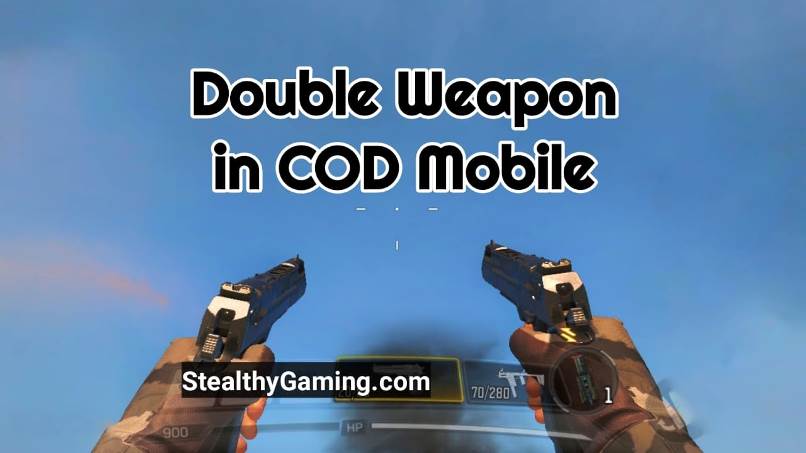 Ever since the release of the gunsmith update, the players of Call of Duty Mobile have often faced difficulties in figuring out the best attachments for their weapon of choice. Also choosing 5 best attachments from an option of over 50 attachments can sometimes become confusing. To save you guys from that confusion, we have mentioned the best purpose-oriented weapon build like Long-range ‘No-recoil’ KN-44, High Mobility RUS, ‘No-recoil’ DR-H, and a lot more. Make sure to check all loadouts here

How to get double weapon in Call of Duty Mobile

How to Unlock Akimbo perk for Fennec:

Call of Duty Mobile has introduced yet another lucky draw- Ascended Mythic Drop. This drop features the all-new – Fennec Ascended (Mythic weapon). The new Fennec Ascended will come with the Akimbo per equipped by default.

However, Call of Duty Mobile has also made this perk available to everyone for free.  To unlock the Akimbo perk for free, players have to grind a bit. To get their hands on the all-new Akimbo perk, players will have to Kill 3 enemies without dying for 30 times using the Fennec SMG. After that, they can find the Akimbo perk unlocked in the perk section of Fennec’s gunsmith loadout.

Complete the above-mentioned task and equip the Akimbo to your fennec. Then go about the Battlefield crushing everything in your way at lightning-fast speeds.

How to Unlock Akimbo perk for 50GS Pistol:

Season 12 of Call of Duty Mobile brought a brand new weapon today. It’s the all-new pistol – .50GS aka Desert Eagle. Well, there is a legendary skin for the pistol which can be obtained with the new ‘Dark Side’ draw. But, there is a normal variant too, a free-to-play version, which can be unlocked by anyone. We have recently published a dedicated article explaining the tasks and other details. Make sure to visit the link mentioned below to read more details.

VISIT NOW: How to get .50 GS pistol in Call of Duty Mobile

The new pistol also brings an Akimbo perk. Which makes .50 GS the second weapon to get the Akimbo perk. And like Fennec Akimbo, it can be unlocked by completing the mission. The second option is to buy the Akimbo perk equipped 50 GS pistol from the new draw.

To unlock the Akimbo perk for free, players will have to Kill 3 enemies without dying, for 20 times using the new pistol obviously. After completing this task, you can equip the new Akimbo perk for your 50 GS pistol.

Below, we have mentioned a quick guide video. Make sure to check it out for more details.