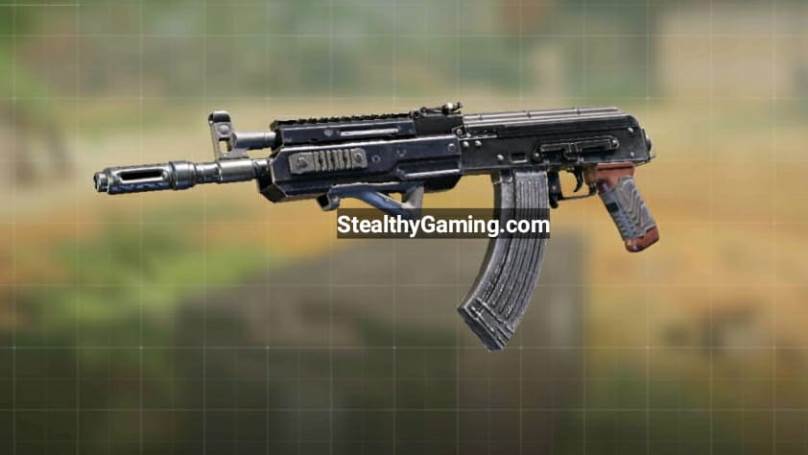 Call of Duty Mobile is en route to being one of the best FPS mobile games of all time because of its popularity and the amount of success it has gained in such a short amount of time. The main catalysts behind the success of COD Mobile have been the unique features of the game such as the huge arsenal of guns, different and fun game modes, and the vast array of attachments to choose from in the Gunsmith Feature. The game is currently in its thirteenth season or now known as, Season One New Order, which was launched at the end of January 2021. Since then, players from around the world have been swarming in to check out all the new content that the new season has to offer.

The gunsmith feature can be a bit tricky for new players as selecting the best 5 suitable attachments for a weapon can sometimes prove to be difficult for the players as they might get confused in selecting the potentially better attachment for their weapon to make it absolutely invincible in the game.

Earlier in the series, we have discussed various Gunsmith Loadouts like the ‘No Recoil’ KN-44, ‘No Recoil’ HG-40, ‘Fast ADS’ Kilo, and a lot more. Make sure to check out all the other gunsmith loadouts here.

Today, our team of experts brings you a new gunsmith loadout build of iFerg’s AK-47 in COD Mobile.

iFerg is known for uploading videos on YouTube containing commentaries on top games leaking new updates, trying out new glitches, attempting various challenges, or sharing tips and tricks. His YouTube channel has over 1.7 Million Subscribers. He is also known for his insane skills in COD Mobile and his subscribers are always looking forward to watching his streams and weapon rankings and Lucky Draws and weapon testing and new skins and operators on YouTube. iFerg also shares his favorite weapons and skins and operators and their customized gunsmith loadouts on YouTube so that his subscribers can also learn to play with weapons that make iFerg also lethal and almost invincible in battles.

Today, in this article, we will discuss iFerg’s AK-47 Gunsmith Loadout Build and his favored assortment of attachments.

The attachments mentioned above make this Assault Rifle a total Beast in close-range combat because of its high damage and high mobility. However, the gun does suffer from vertical recoil control which takes some effort by the players to manage. Once you get the hang of it, total annihilation.

The loadout used by iFerg aids in close range combat because of the high damage of AK-47 and is a total beast in close because of the high mobility of the weapon aiding in ADS. The gun suffers from vertical recoil. To control this recoil, Ranger Forefrip and MIP Strike Stock have been equipped so that aim remains steady during recoil.

There is no need to attach an additional magazine as the original quantity of rounds is good enough because of the high damage of the AK-47. The OWC Marksman barrel also aids in increasing the range of the weapon, that is, aiding in the long-range damage.

If you want to have the upper hand on your opponents in close-range combat, this weapon build is for you. Equip the above-mentioned attachments to the AK-47 and practice the recoil control before jumping into the ranked matches.