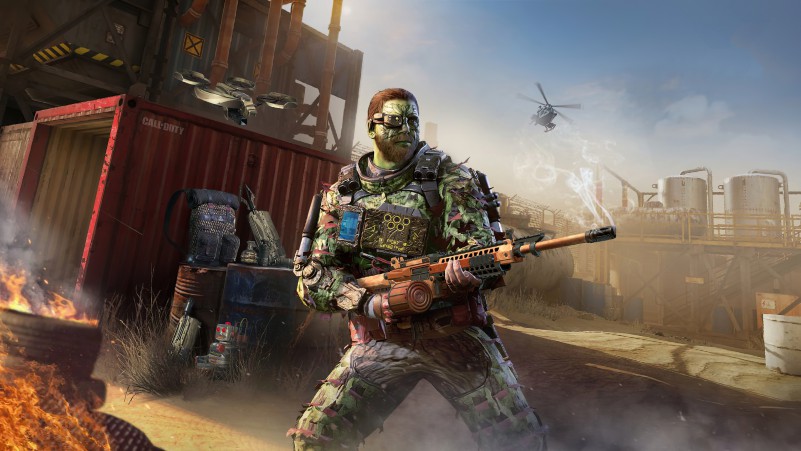 Ever since the ban on the popular mobile game PUBG Mobile in India. Gamers sought to fill the hole in their hearts with another Battle Royale game. Fortunately, Activision’s Call of Duty: Mobile presented that same rush and adrenaline-filled experience with the First-person and Third-person shooter perspective in the mobile devices.

The game hasn’t only grown up as one of the highest downloads in the game store in the last few years, but it still boasts console standard graphics and the same feeling and immersion as PUBG Mobile.

The Gunsmith Feature of Call of Duty Mobile is what makes it unique. It offers players the ability to adjust, build, and display their weapons and also adjust the Sprint-to-Fire stats. Learn more on Sprint to Fire and its advantages in COD Mobile.

What is Sprint-to-Fire in COD Mobile?

Knowing the maps and surroundings, coordinating with fellow teammates, and choosing the best attachments for your weapon is crucial to winning matches. Ever since the introduction of an array of attachments in the gunsmith feature, it has become almost impossible to hit your targets at the aimed areas if you don’t equip any attachment.

For example, when a Choke attachment is equipped, Damage Range and Bullet Spread Accuracy increase. This means that your bullets will now deal more damage at enemies from a greater distance than they did before but will decrease the Sprint-to-fire speed.

Sprint-to-Fire refers to the time it takes for the player to begin shooting the weapon heading out of a sprint. In contrast to shooting from a standing stance, the player needs a little longer to start firing.

How to increase Sprint-to-fire speed?

For relatively inexperienced players, it is best to try out numerous attachments and loadouts and settle for one that best suits their gaming style.

Players who engage more in a hit and run scenarios and like to keep maneuvering around the map a lot whilst firing will definitely find an increase in the Sprint-to-fire speed helpful. Call of Duty Mobile has a huge arsenal of weapons. Use the gunsmith feature to the full and do not doubt the use of any aspect of the attachments, whether Laser Sight, Optic, Barrel, Muzzle, Rear grip, Stock & Perks. So, experiment with all of them and take account of the flinch stability, accuracy, mobility, etc and settle for the weapon which you find to be most comfortable to use.

The odds of victory on the battlefield will be dramatically increased with detailed knowledge and basic mechanics. The right equipment and arms selection allow players to make their gameplay experience more tactile, satisfy and win a lot in the game.