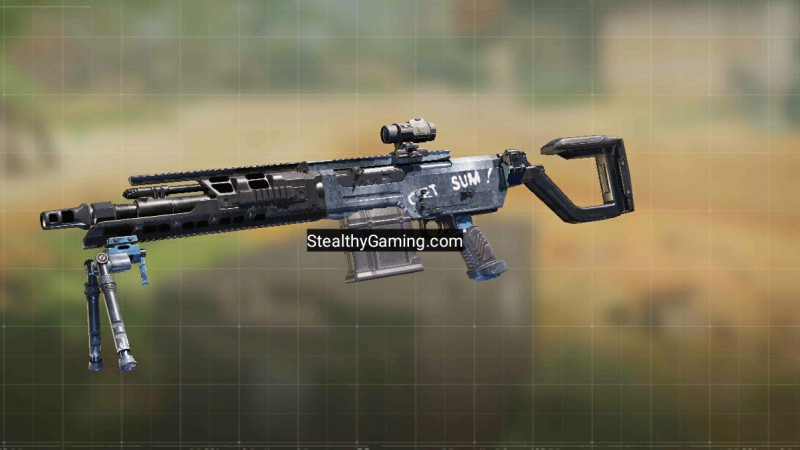 The 13th season of Call of Duty Mobile is live and running. Players are very pleased with the new characters, night modes, weapons, skins alongside Season 13. The idea of Winter War really spoke to the players, especially since it’s the season of Holidays. Players from around the world are busy grinding more than ever to maximize their weapon levels and reach the Legendary Tier.

As the gunsmith feature was carried out, and as the new weapons were extended every season, players constantly felt that the choice of 5 best attachments out of more than 50 to upgrade their preferred weapons had been difficult and tedious. That is where our group comes in.

The Arctic 50 is one of the best Semi-Automatic Snipers in the game. The fact that it is Semi-Automatic is what makes players prefer it over other weapons in the same class.

We should also prompt you that no weapon is “Perfect”. The efficiency of the gun is by and large dependent on the player. For example, a player who likes to take an interest in the relentless short proximity fight, won’t find a long-range weapon accommodating and the reverse way around.

Thusly, we unequivocally underscore that players do take inspiration from our loadouts and weapon build. In any case, at the end of the day, assess various structures and weapons in isolation and settle for the weapon and assembling which suits their gaming style the most.

The Artic 50 is a sniper with very few flaws. One of them is its mobility. It has comparatively low mobility than the other weapons of the same class because of which the weapon simply feels heavy to handle making it difficult to quick-scope using this.

This loadout serves to increase the mobility of the Arctic 50 to make it easier to hit those quick shots.

The attachments mentioned above are primarily focused on increasing the mobility of previously slow and heavy Arctic 50.

How to use Arctic 50 High Mobility Loadout:

The High Mobility Arctic 50 loadout perhaps counters the only flaw which the weapon has. This build makes the Arctic 50 suitable for both long-range fights as well as close range aggressive fights. The Stopping Power Reload ammunition increases the damage of the Arctic 50 making it even more dangerous in matches.

It can be used in maps like Crash, Summit, Firing Range, Crossfire. It is suitable for modes like Search and Destroy and Team Deathmatches.

Try out this highly mobile version of the Arctic 50 and we sure hope that it doesn’t disappoint you.