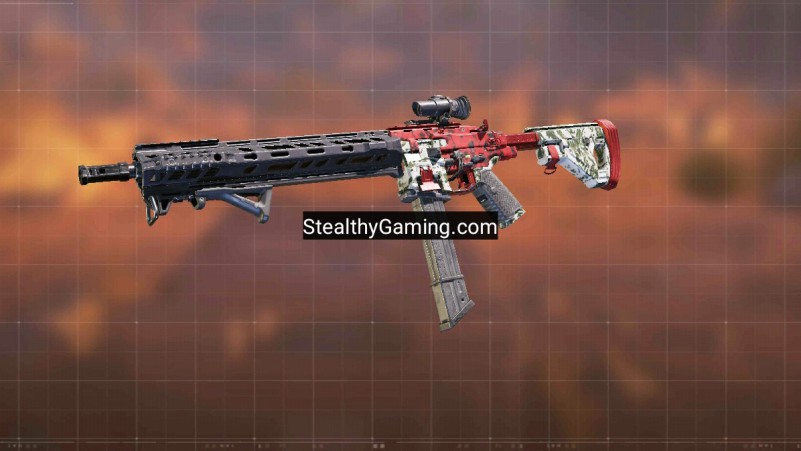 Season 12 Going Dark of Call of Duty Mobile has been a rollercoaster. Season 12 brought for us a truckload of content including new characters, weapons, maps, modes, and much more. It was one of the best updates the game has ever witnessed.

However, with Season 13 knocking at the door, Season 12 seems to have become obsolete. Players can hardly keep calm about the upcoming Season. Also, with such a huge weapons arsenal combined with the ton of attachments in the gunsmith feature, it has become absolute chaos for players to figure out the best attachments for their preferred weapons.

The ICR -1 is an Assault Rifle in the game and it is perhaps one of the most preferred and reliable ARs of all time. Just a few seasons back the ICR-1 was the meta and the entire COD fraternity could be seen running around ranked matches with the ICR in their hands.

It still is a very competent weapon and paired with the proper skills, it absolutely shreds. Before we get into today’s discussion, we would like to let you know that firearms rely heavily on the efficiency of the player. A player, for example, who likes to engage in fast-paced, close-range combat would not find a long-range weapon helpful and vice versa.

This is why we specifically emphasize the players, get motivated and inspired by our loadouts and weapons. But in the end, decide and create the guns that better match their gaming style.

The ICR-1 is also one of the go-to weapons for most players in the Battle Royale mode. Ever since the Air-drops started giving out customized weapons of your choice, players have started making specific BR-friendly builds. So, today we will help you out with the ICR-1 build for COD Mobile BR. How to use ICR-1 Battle Royale Loadout:

For this loadout, we have primarily focused on increasing the Accuracy, Range, and control of the ICR. The increased accuracy and stability will come in very handy in Battle Royale matches. The 3x Scope will allow players to easily eliminate enemies both at close and long-range.

All this was achieved at the cost of mobility. However, in Battle Royale, the hip-fire is pretty accurate so, to make up for the decreased Mobility, players can use hip-fire in close range.

So, that’s pretty much it for the ICR Battle Royale Loadout. Make sure to give it a try you guys won’t be disappointed.