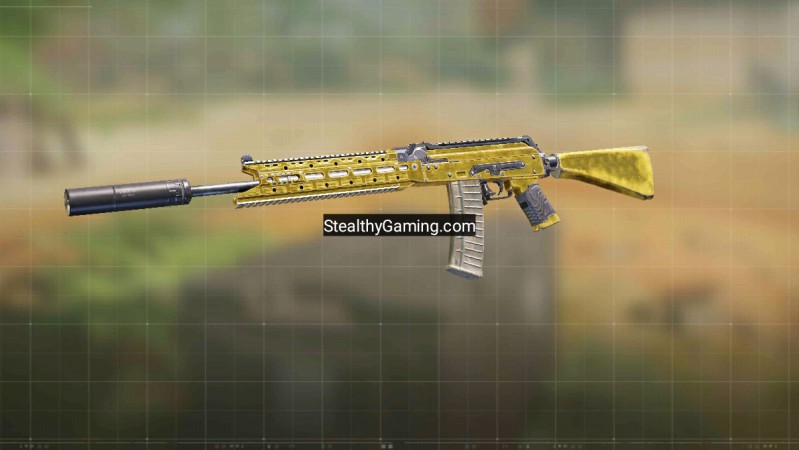 Call of Duty Mobile has been around for quite a while now and till today, there are no other FPS shooter mobile games that really match the standard of COD Mobile. Since it debuted, the title has broken records and has become one of the most downloaded and played FPS smartphone games

The game has just finished its 14th Season or rather defined as Season One New Order. Call of Duty Mobile just approached its 15th Season, Season Two Day of Reckoning on March 11, 2021. A new season implies that there would be new features as well as firearms.

With a huge and never-ending arsenal of weapons, the Gunsmith feature in COD Mobile might prove a bit tedious and complicated for some people. So, we welcome you to check out our Gunsmith loadout series like the ‘No Recoil’ KN-44, ‘No Recoil’ HG-40, ‘Fast ADS’ Kilo, and many more. make sure to check all the other gunsmith loadouts here.

iFerg has been playing FPS games for a long time and is arguably one of the biggest COD Mobile players in the latest times. He has immeasurable expertise in the game, the weapons, and how to use the weapon to its optimum potential by attaching the finest array of attachments.

That is why a lot of players across the world are constantly on the lookout for Ferg’s Gunsmith loadouts. Well, we have also made it a point to include some of Ferg’s best loadouts in our gunsmith series. So, in this article, we will be talking about Ferg’s AK117 Gunsmith build.

With that being said, we should also encourage you that almost no firearm is “Perfect”. The firearms’ performance is decided primarily by the player. So, make sure to tweak the loadouts according to your gaming style if needed.

The Ak117 is among the most popular assault rifles in the game. It’s one of the OG guns in COD Mobile. The AK117 was also hailed as the greatest and most powerful assault rifle during the early seasons. Even Ferg seems to have a soft corner for the AK117.

Check out the weapon-stats of the base weapon for comparison

Ferg’s AK117 gunsmith loadout is primarily focused on increasing the accuracy and range of the weapon. However, this is achieved by compromising on Mobility, But, since we have seen how accurately Ferg pre-fires every weapon, which should compensate for the lower mobility.