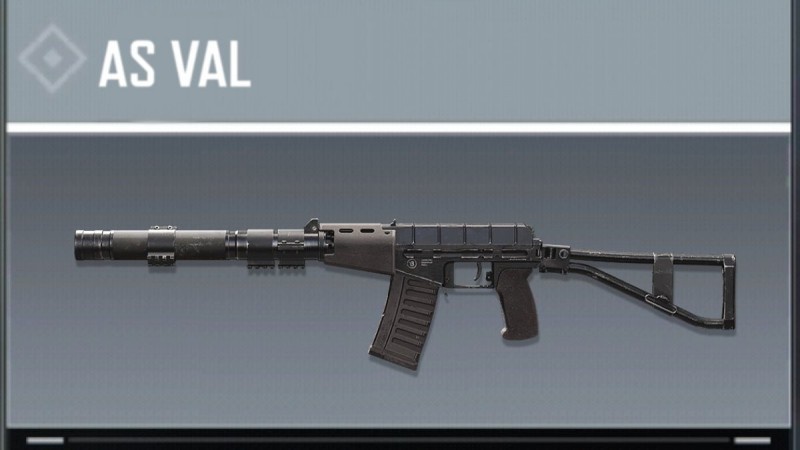 Call of Duty Mobile is now one of the most downloaded and played fps games on a mobile device owing to its console-like graphics, unrelenting and competent game mechanics, and the multitude of maps and modes.

Season 1 New Order of Call of Duty Mobile has managed to keep the streak going. This season has brought for us a ton of goodies via the Battle Pass and Seasonal events. Well, with every season, COD Mobile is known to introduce new weapons.

Similarly, in the Season 2 Test Servers, we have seen 2 new weapons that are all set to roll out in Season 2. One of those weapons is the AS VAL Assault Rifle. Today we will be talking about this new weapon. The AS VAL is an integrally suppressed assault rifle that was added to Call of Duty: Modern Warfare during Season Six. In conjunction with the high rates of fire of the weapon, the AS-VAL is built on a highly configurable basis for stealth, precision, and high penetration.

Even though the subsonic rounds move much slower for the AS VAL, they are highly lethal and deal a lot of damage to the enemy. The integrated suppressor of the weapon is what makes players choose this weapon over other weapons of the same class.

Call of Duty Mobile AS VAL Weapon Stats (BASE VARIANT):

How to get AS VAL in COD Mobile:

Because of the versatile build of the AS VAL, it can be used for both close-range and long-range combat. It also comes with a choice of various ammo options. So, you can choose from those options and can even turn the weapon into a one-shot headshot machine.

The all-new assault rifle has arrived and can be equipped for free.

AS VAL comes with the new Season 2 Battle Pass. And always, the base weapon of the AR can be unlocked for free from the new Battle Pass, no need to buy the premium version. In case, you are interested in the legendary skin of AS VAL, you can try buying the premium pass.