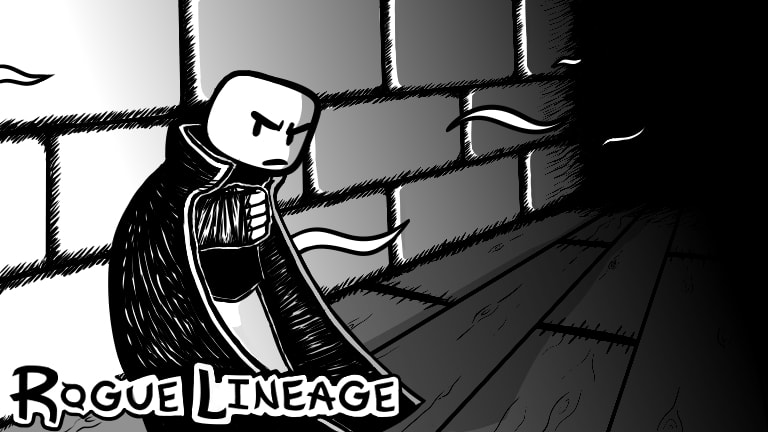 Roblox is a well-known online game platform for people of all ages. We are certain that if you are seeking for a specific type of game, it will be found on Roblox.

Being a part of Roblox’s massive design community is a dream come true. Robux enables you to get a wide range of items for free or at a minimal cost. After a few games, the number of possible outcomes appears to expand.

Whatever game you choose to play, the Roblox network will almost certainly have it. There are almost too many Roblox games to mention, especially considering how frequently new ones are released.

Rogue lineage is currently one of the most played games nowadays. The game has been gaining popularity because of its engaging playstyle and competitive experience. Here is our guide on How to play Rogue lineage in Roblox. So, let’s get started without any further ado.

How to play Rogue Lineage in Roblox

Rogue Lineage is a fantasy game that incorporates roguelike features. The game is based on a permadeath system, which means that each of your characters will only have a few lives before dying forever. You’ll give some of yourself to your heir, who will become your next character.

Players will advance by acquiring new skills and attempting to outperform their previous characters. Forge alliances with your allies to seize control of cities, or go it alone. In this monument to agony, you must deal with injuries, infections, and trauma as you strive to survive.

When you first begin the game, your character is assigned a random race, each with its unique set of skills; certain races are more uncommon than others. To begin, try gathering trinkets that can be sold for silver, the game’s money that can be used to purchase nearly everything in-game.

Next, before purchasing any weapons or even murdering people, decide which class you want to join; each class has distinct skills and weaponry. Choosing a lesson that you feel is suitable for you is thus strongly advised. It’s also important to be cautious when playing because you only have three lives (some races have more or less).

Your race will be selected automatically once you have spawned in the game. Other races are superior to others, and some races cater to specific play styles. When you lose your final life, you can Abandon Lineage for 200R$, or if you become Cameo (and lose your last life, because this race does not carry through into your heir), your race will be randomized automatically.

When you obtain your Race, you have a different % chance of rolling. This list will display each (Rollable) Race in order of Probability, as well as each Skill that race possesses. Every time you re-roll, the percentages vary.

What are the types of players in Rogue Lineage?

Avoid anybody who appears to be hazardous, and perhaps consult the Rogue Lineage Wiki to become acquainted with the class armors. If there are four or more participants in the game with the same surname, proceed with caution. An exploiter grabs your back, moves backward, and strikes them. If you notice three or more individuals approaching you, it’s time to either run or abandon the game.

You lose a life, all your silver, and get insanity if you quit the game while you have the “In Combat” mark. Don’t become too connected to your character; it’s only one of many mistakes you’ll most likely make. A typical error new players do is becoming overly irritated when they die; try to remember that it’s just a game and to have fun with it.

This game has many different sorts of participants; here is a list of some of them:

Ashiin – An orange-skinned, red-haired species with enhanced fist combat when they spawn. Be careful of them at first.

The bulk of the community is aggressive. They will attack you on sight (aggressive players may occasionally appear to be nice in order to gain the initial hit and easily acquire a grip) and attempt to grip/rot you.

Unless provoked, a neutral will not attack.

Shifter (AKA Madrasian) – They have the capacity to imitate the look of another player. It’s rare, but that freshie may be ultra in disguise.

When in conflict, the passive character flees or files combat logs. People who are progressing on their own. (Simple Prey)

Freshspawn – A player who is fresh to the game or has made little progress since spawning. (Simple Prey)

Friendly – Considered uncommon in the Rogue Lineage community, friendly characters assist others in the game. They are generally found in the middle or late stages of a game. Although it is important to remember not to trust everyone you encounter, about 95 percent of the community is aggressive. (as well as poisonous)

The majority of the community’s members are either aggressive, neutral, or newcomers. It is simple to sense to avoid aggressive people who are stronger than you. Freshspawns will sometimes assault you (if you’re a fresh spawn) since they don’t know how to play the game well.