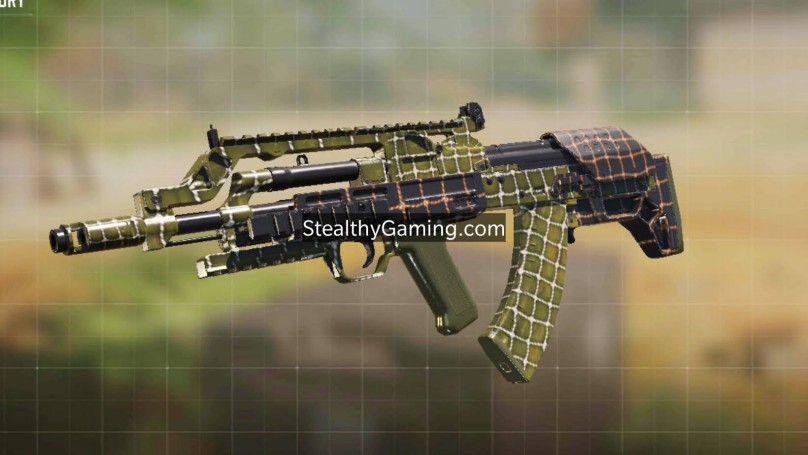 Call of Duty Mobile, currently, is one of the most popular and successful mobile games around the world. The major catalysts behind this success are the unique features of this game such as the huge arsenal of guns and the vast array of attachments to choose from in the Gunsmith Feature with intense and grueling game modes to play in.

The game is in its new season, Season One New Order, which had earlier launched in late January, and since then players have been swarming in to check out all the new content that the game has to offer.

Choosing the best five attachments for a weapon has sometimes proved to be difficult for the players as they might get confused in making the correct choice of attachment for the weapon to make it invincible in the game.

Earlier in the series, we have mentioned gunsmith loadouts like “No Recoil’ KN-44, ‘No Recoil’ HG-40′, ‘Fast ADS’ Kilo, and a lot more. Make sure to check out all the loadouts here.

Luke Fergie, also popularly known as iFerg, is a YouTuber with over 1.7 Million Subscribers on his channel. He plays multiple first-person shooter games across platforms like PUBG Mobile, Fortnite, etc… He is known for his insane skills and knowledge in COD Mobile about the game and weapons and attachment’s purpose and how to use a weapon to its optimum potential. His fans and subscribers are always looking forward to watching his streams and weapon rankings on YouTube. iFerg also shares his favorite weapons and their customized loadouts on YouTube so that his subscribers can also learn to play with weapons that make iFerg so dangerous in battles.

Today, in this article, we will discuss iFerg’s BK57 Gunsmith Loadout Build and his favored assortment of attachments.

The attachments mentioned above aid in increasing the accuracy, range, and control, although a slight compromise on the mobility.

The loadout used by iFerg aids in increasing the accuracy, range, and control of the weapon but there is a slight compromise in the mobility. However, using the MIP laser 5mW helps in recovering the lost mobility of the weapon. Moreover, the OWC Ranger Barrel helps in increasing the range and accuracy of the weapon even without equipping a scope. The BK57 originally had low recoil and hence there is not much needed to make any changes to improve recoil control.

The BK57 is a very reliable and efficient assault rifle overall. The nature of the weapon makes it suitable to use in close-mid-range combat and with the above attachments, even in long-ranged combat. The weapon can prove to be useful in modes like Domination and Hardpoint. The BK57 might also perform well in maps like Crossfire, NukeTown, and Crash.

Players can use the above-mentioned attachments in their loadouts and can try out the weapon in ranked matches to completely decimate their opponents.