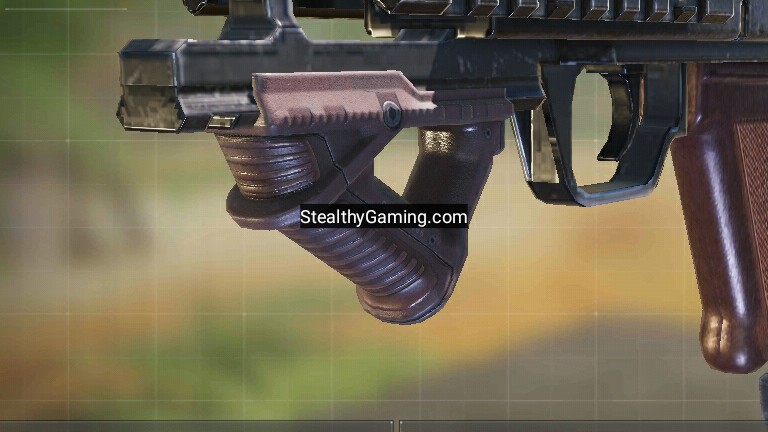 Since its release in October 2019, Call to Duty Mobile became one of the most successful mobile games. Moreover, after the ban on PUBG Mobile in India, the bulk of players took COD Mobile. This also has made COD Mobile one of the highest downloaded and F.P.S mobile playing games.

Call of Duty Mobile has always done everything to incorporate the most popular COD material, for example, from the mainstream titles like Modern Warfare and Black Ops. Many players felt connected to a lot of those additions. The effect was a punch of nostalgia for COD Mobile to reach the players.

How to unlock Elite Foregrip attachment for BK-57 Assault Rifle:

The BK-57 is an Assault Rifle in Call of Duty Mobile. It has high accuracy, a decent fire rate, and damage. Because of the above-mentioned stats, the BK-57 is one of the most well-balanced weapons amongst ARs.

The Weapon is available for free for the players. To unlock it, players, much reach level 34. After reaching level 34, players can get their hands on the very reliable BK-57.

The Elite Foregrip attachment for the BK-57 is quite a handy attachment under the “Underbarrel” class. It is a high control performance grip with manageable recoil.

This attachment is quite significant as it carries the potential to turn the BK-57 into the new meta. The Elite Foregrip attachment will be decreasing both the Horizontal and vertical recoil for the BK57, thereby increasing overall accuracy.

However, it will be doing so at the cost of ADS Speed. But the negligible decrease in mobility will be more than compensated for by the increased accuracy and control.

We haven’t yet received any confirmation as to when the Attachment will be released exactly. The status of the Elite foregrip in the game is locked with a “Coming Soon” message.

So, judging how COD Mobile likes to give their updates one by one, we can soon expect to see the Elite foregrip attachment in the gunsmith for the BK57.

Until then, don’t forget to keep grinding for all the rewards.

And obviously, there is a way to get the attachment for free! You will have to complete a task for it.

To acquire the attachment, you need to get 3 kills at a long distance, 20 times in any multiplayer mode. These 3 kills do not have to be consecutive, you just need to get them without dying.