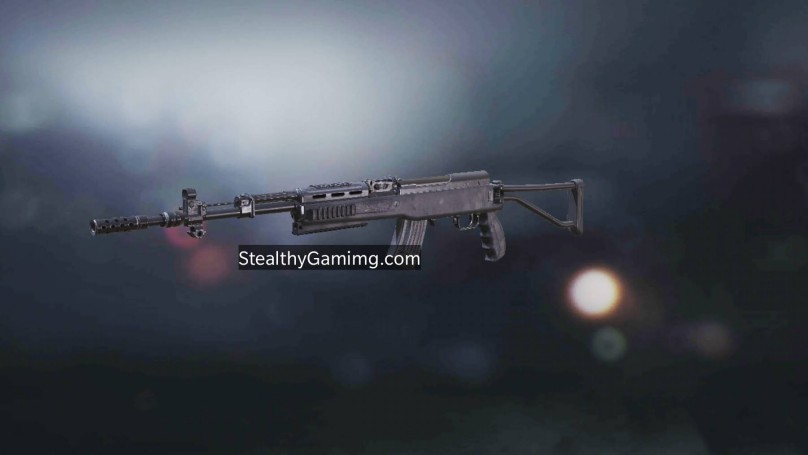 Call of Duty Mobile has been on a roll since October 2020. The game has received a lot of positivity and hence has become one of the most played and downloaded FPS mobile games in recent times. The main catalysts behind the steady rise and positivity of COD Mobile have been the unique features of the game such as the huge arsenal of guns, different and fun game modes, and the vast array of attachments to choose from in the Gunsmith Feature.

Call of Duty Mobile is currently in its thirteenth season or now known as, Season One New Order, which was launched at the end of January 2021 and has been offering new updates regularly. Since then, players have been swarming in to check out all the new content that the new season has to offer. The new season has a lot to offer like new weapons, weapon skins, maps, tactical weapons, and a lot more.

Earlier in the series, we have discussed various Gunsmith Loadouts like, ‘No Recoil’ KN-44, ‘No Recoil’ HG-40, ‘Fast ADS’ Kilo, and a lot more. Make sure to check out all the other loadouts here.

Today, our team of experts brings you a new gunsmith loadout build of iFerg’s SKS in COD Mobile.

iFerg is a popular YouTuber with over 1.7 Million Subscribers. He plays multiple first-person shooter games across different platforms. He is known for his insane skills in COD Mobile and his fans and subscribers are always looking forward to watching his streams and weapon rankings and lucky draws on YouTube. iFerg also shares his favorite weapons and their customized gunsmith loadouts on YouTube so that his subscribers can also learn to play with weapons that make iFerg so lethal and almost invincible in battles in COD Mobile.

The attachments mentioned above make this Marksman Rifle a total abomination in Long Range Maps because of its extremely high damage leading to one-shot-kill. The gun, however, is only likely to be most useful in long-range situations rather than close-range combats.

Check out the weapon-stats of the Base weapon for comparison –

The loadout used by iFerg for the new Marksman Rifle SKS aids in controlling the vertical recoil of the weapon by attaching the RTC Light Muzzle Break and also aids in ADSing by attaching the Stippled Grip Tape. With the initial magazine of 20 rounds, there is no requirement for attaching a new magazine as the damage is too high for this weapon. Also, this weapon is most suitable in long-range combats than close-range combats.

If you want to kill your opponents in one shot in long-range maps and with more precision and ammo than a Sniper Rifle, this gunsmith loadout of the Marksman SKS Rifle by iFerg is for you. Make sure to train with the gun in training mode before entering ranked matches.