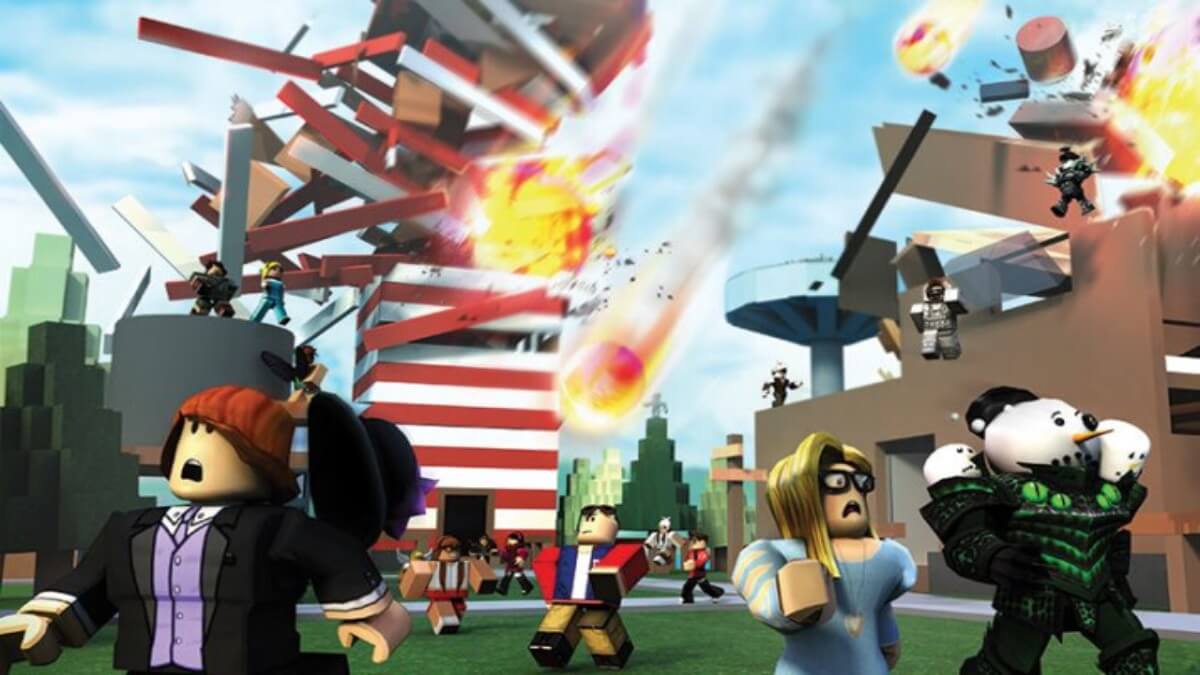 Roblox is a rapidly expanding game production platform that serves both players and developers. Roblox Studios offers artists a wide range of customization and capabilities, opening them to a world of possibilities. Developers like experimenting with new concepts, and it appears that gamers do as well.

Every day, programmers create a wide range of genres and new titles, with only a small proportion of them being popular due to their original concept. Players and developers have a deep relationship with the Roblox community. Gamers enthusiastically promote new games, resulting in a win-win situation for developers and designers alike.

Roblox is a free online multiplayer three-dimensional game that can be played on a number of devices. Players make an Avatar (a digital representation of themselves) and participate in a variety of mini-games with other players. A lot of the activities were created by other Roblox players. You can also check out our previous articles on horror, adventures, racing, shooting,  Kid-friendly, Simulator,  and Adventure  games on Roblox.

In this, we will be talking about the very famous game ‘Natural Disaster Survival’. We will guide you on the topic Roblox Survive the natural disasters that occur in this game. So, let’s get started with it. Stickmasterluke’s Natural Disaster Survival is a round-based survival game. Along with Survive The Disasters, it is one of the platform’s oldest and most popular catastrophe survival games. Until approximately November 2011, when the name was changed to “Disaster testing,” the game was an empty slot. On December 4, 2011, the entire game was published.

Players must survive 12 different disasters on 21 predefined maps created on a green raised island that is utilized for each round. So, let’s get a look at how you can (Roblox) survive the natural disasters. Follow the list down below.

The ocean surrounding the island begins to rise 10 seconds after the warning, finally reaching above the island. It demolishes any weak or low-lying structure in its path. When a player comes into contact with floodwater, their health progressively depletes until they die.

It is advised to remain on sturdy buildings only high enough to escape flooding. Climbing too high will cause the player to fall and die. If the structure collapses, leap and attempt to stay atop a block above the water. Flash Flood is regarded as one of the most difficult disasters in the game.

Immediately following the warning, a smoke-like funnel hits the map’s center, destroying all things in its path. The tornado is very destructive, taking up whatever thing it comes into contact with.

Continue sprinting away from the tornado, making sure it does not strike the player’s avatar, otherwise they may lose their accessories/limbs or be knocked off the map by a flying block. The tornado does not spawn at the lighthouse, docks, or well on Coastal Quickstop, therefore if there is a tornado, stay at any of those locations.

It is advised to stay indoors and avoid heights, since lightning may strike high locations. If a bolt of lightning strikes the player directly, they will perish instantaneously. If it hits a limb or is close to their character, they will not die quickly, but they will lose limbs, therefore keep them indoors at all costs.

If a player is hit by the final lightning strike before the game finishes, they will receive the “Chance” badge.

A few seconds after the warning is delivered, a section of the map catches fire, and the fire slowly spreads to nearby bricks. It first burns the brick, making it shine like fire, and then turns it into black ashes. The fire begins in various locations on each map and progressively spreads, burning and destroying the whole area.

If the player comes into contact with the flaming bricks, their health will be depleted. A player will not be harmed if they stand on a black (burned) brick. It is regarded as the simplest catastrophe in NDS, and as long as the player stays on the outskirts of the map or stands on the green “grass,” they are almost certain to survive.

Brown spheres begin to fall from the sky at high speeds, separating and throwing whatever they come into contact with, with some being able to pass through structures. Meteors do erupt, but the explosion has no effect. They do not start more fires, but if one is near enough, a player’s arms may be severed and they will disappear from the island. If the player is hit directly, he or she will die instantaneously.

Even when players are outside, the meteor does not touch them easily, therefore avoid being inside structures since they might be thrown or trapped beneath loose bricks. During a meteor disaster, the best location to be is in a flat, clean region distant from any structures.

A big waveforms in the water far away from the island and gradually creeps towards it. When it hits, it destroys any bricks it collides with and kills any players who are not standing on terrain higher than the tsunami’s height. The wave’s height is roughly equal to the height of Fort Indestructible’s wall.

During a tsunami catastrophe, avoid being on tall, thin structures, such as the truss tower in Fort Indestructible, as these sorts of constructions frequently collapse, and instead go on any strong building just tall enough to save the player from being hit by the wave.

After the tsunami has passed, they can (hopefully) safely leap from the building before it falls, however, if the building is too high and the player does not possess a balloon, it is preferable to stay on the building. It is one of the parts of the guide of Roblox Survive the natural disasters.

The screen picture will become white and hazy before the wind blows. When it begins, a huge force rushes in from an unknown direction, dissolving and blowing everything away. This inflicts damage on players who are not hidden behind any items, and if sustained for a long enough period of time, will kill them. The storm, on the other hand, does not do substantial harm to the player if they remain in a corner of a home or structure.

Identical as Blizzard, except the snow has been replaced with sand, and the wind has become considerably stronger. Before the dusty wind blows, the vision will become dusty, and the screen will be sand-covered. When it starts, a tremendous force comes in from an unknown place and starts disintegrating and blowing away every brick. The sandstorm will not inflict any damage on the players.

Acid rain is one of the most implausible catastrophes in the game. (In reality, acid rain does not easily disintegrate things.) This calamity will randomly precipitate a lethal acidic droplet upon every brick it can reach in the skies. Players who are not in a shelter will lose health due to the rain, and if no shelter is located in time, they will perish.

The acidic droplet initially makes the brick grey, then it turns green and disconnects from the other bricks if it is injured by droplets twice. The green hue of the brick grows darker and darker as it is destroyed.

A huge climbable caldera arises and begins to erupt at any position on the map in a matter of seconds. This discharge, like the Meteor Shower, shoots flying lava bricks onto the island, devouring each brick and player it strikes. The lava bricks frequently pass through both the items and the island.

Because lava bricks can crash with things and islands, sheltering in a structure is not a smart option. The magma cubes may occasionally glitch and freeze in the air. Staying as far away from the volcano as possible is the best way to survive.

The ground trembles, crumbling and shattering virtually all of the structures on the map. If a player does not respond quickly enough, an earthquake will send them in a random direction, perhaps into the ocean. Roblox physics may also cause bricks to fly, which can collide with players and force them off the island.

As a result, avoiding shaking bricks can improve the player’s chances of surviving. If the player is in mid-air, the catastrophe does not cause them to relocate; instead, they should stay in an area that is sufficiently vacant and continue leaping.

At the start of the game, a random player will be chosen to be patient zero and become infected with the lethal virus. Coughing, sneezing, and the creation of purple spherical viruses are all symptoms of infected gamers. Their health will deteriorate over time, and they will die when it reaches zero. Any uninfected player who comes into touch with the virus will get infected and exhibit all of the symptoms and indications listed above.

In order to survive the tragedy, players must avoid acquiring the virus, as the sickness cannot be treated once afflicted. Isolating yourself from other players might reduce your chances of getting viruses because the route of viral transmission is through other gamers.

That’s all with the guide on the topic ‘Roblox Survive the Natural Disasters’. Do try this all and tell us if you find some alternatives.