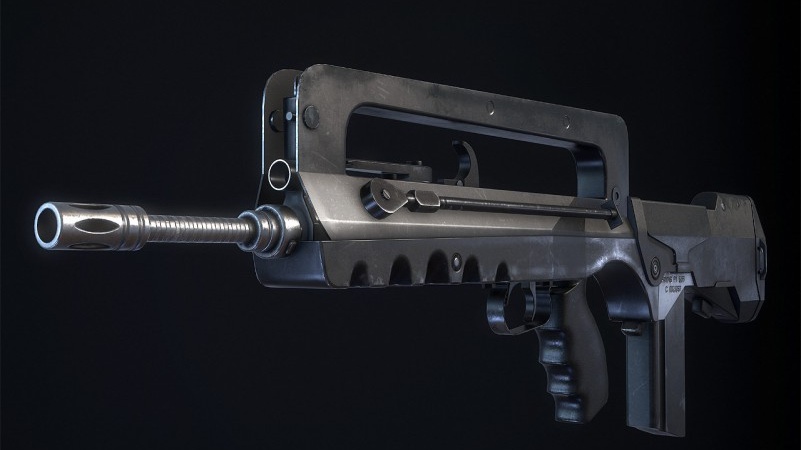 Call of Duty Mobile has become one of the most downloaded and played fps games on a mobile device due to its console-like visuals, relentless and competitive gameplay, and variety of maps and modes.

COD Mobile has always managed to keep the players entertained and engaged by coming up with creative and relatable updates consistently. Players are already looking forward to the next Season’s content and when it will be released.

However, Activision has something else in mind. Instead of going the usual path and releasing Season 14, they plan to refresh the Season number back to Season 1. Today we will be talking about yet another weapon which is all set to be released in Season 14 of COD Mobile. It is the FR 5.56 Assault Rifle. Earlier COD Mobile had teased us with 2 tweets where we could see the silhouettes of the weapons. One of them was the FAMAS, which is going to get introduced in the new Season under the alias of FR 5.56.

The FR 5.56 is a 3-round burst assault rifle that is unlocked at rank 16. The gun will kill in 3 shots anywhere to the body within 30 meters for a 1-burst kill The Famas’ accuracy is overall good. The iron sights are extremely clean, and the Famas has smaller recoil than most fully automatic assault rifles

The 1-burst-kill feature of the FR 5.56 is what makes players go for this weapon instead of other weapons of the same class. We surely hope that remains the case in COD Mobile too.

Judging by how COD Mobile has introduced new weapons in the game, we believe that the FR 5.56 will be released in one of the following ways:

Verification of how exactly the FR 5.56 will be released has yet to be obtained, although it is highly probable to be by one of the means described above.

Before then, make sure you continue to grind to upgrade all your weapons to the full since we never know which weapon in the next season will become the meta.

The new weapon can be unlocked for free. No need to buy the premium battle pass for that. You just need to reach battle pass tier 21 to unlock the base FR .556 weapon. It’s pretty easy, try completing Seasonal Events tasks to earn additional battle pass XP.